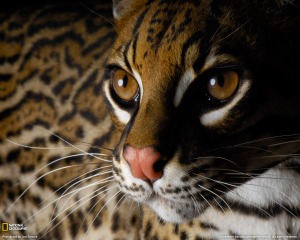 Asa Lott is an artist but not just any artist.  Asa is the kind of artist who not only does a little bit of everything but also perfects it.  He is a hybrid of poet/musician/singer/songwriter/producer, and if that’s not enough he is also currently completing a BA in Film Studies/Production at the University of Colorado.  When I first met Asa he was reading at the open mic at Innisfree Poetry Bookstore & Café and keeping beat with a tank drum.  Little did I know he also plays the guitar, cuatro, piano, and the unique hammered dulcimer or is a visual artist who creates mandalas, watercolors, and film.  I have performed a few times alongside Asa, both collaboratively and individually, and let me tell you, he is not the kind of performer you want to share the stage with.  His multitude and array of talents is so extraordinary that, no matter your level of talent, he will outshine you, unintentionally of course, as he is one of the most humble and genuine people I’ve ever met.

His capacity of empathy for others comes from his own internal struggle.  Having struggled with his identity his entire life, poetry allows his voice to be heard and his struggles to be known in hopes that other transgender people won’t have to face the same darkness.  His poetry stands like a layer of film over a distant burning light.  Though dark with raw emotion, there is hope:

The level of discomfort in his poetry is a reminder of the way we all feel in our bodies, bones chaffing against bones, wondering what it all means, wondering if we’re alone in this struggle:

I sit in the rain, a lawn ornament/smoking to feel alone/ the dragonflies skim the lake/in separate infinite paths/ a pilgrimage to the sky – from “Dragonfly Requiem”

Asa ensures his readers, his audiences, and his friends: we are not alone, because he is standing in front of us screaming for all of us.  His poem “See Me“ explores the several layers we all possess in our lives:

Whether we identify as a man or woman, whether we believe what others think of us, it is important that you see Asa, the man, standing in front of you, the man behind the poetry, behind the dulcimer, the film student, the lover, the barista, the host.  He wants you to look into him, see him for what he is, for what he has become, and for what he is meant to be.  Asa is meant for great things.  He is meant to be someone who carries a strong voice when it comes to human rights, to equality, and to love.  He is a beautiful human being who is willing to bare his soul to the audience, and like the moment the light of dawn hits your windowsill, you might be lucky enough to see the tiniest flicker of hope.

When Asa plays the piano the world goes silent.  A composer of original songs and melodies, a slayer to the white and black keys, he makes me think of lovers’ loss.  I remember when I first heard his song “Geode” I couldn’t move afterward.  My body wasn’t my own.  It had detached and was left lingering somewhere else.  I turned to my fiancé and said, “I want to walk down the aisle to this song.” Everything Asa does is with purpose, with conviction, holding a severed lover’s hand and forgetting the dismemberment.  I am lost when I listen to his notes, but this loss is not abandonment, nor fear, nor a solid loss you can hold onto, but rather a loss of one’s self inside a geode.  In order to see the inside, it must be cracked-open, exposed, and broken.  As poet Dan Gerber said, “you need to love what is difficult.” Asa shows us this is possible.

In addition to co-hosting the monthly Bouldering Poets series, he hosts the weekly Innisfree Poetry Bookstore & Café open mic and is also the editor of Innisfree’s ‘zine, Hive, the first issue of which is due to come out in 2014.  He features at shows throughout Boulder, performing any one of his many talents.

Check out his next performance, along with Phillip Bright and Kit Muldoon, 4-7pm this Saturday, December 21st at Amante’s on Baseline as a part of the junk.tank poetry series,  He blogs at asalott.com and you can find his poems and original songs on soundcloud.com/asalott.