“History’s Middle Children: Nine Minority Characters Which Need More Press and Some Tips on How to Write Them” by Genelle Chaconas

The canon doesn’t represent us; it was written by rich, overeducated, able-bodied, academic cis hetero white guys long, long ago in a villa on a Martha’s Vineyard far, far away.

We care about social justice, and hope to write complex characters which challenge power structures we hope to alter. Challenging stereotypes can be difficult, as it means designing difficult characters, yet it’s necessary we make this effort.  Here are a few examples of status quo-challenging characters.

These examples come from some of my favorite media. I chose film and TV characters for this article: the body and voice of a character is important, for me, when practicing complex character development. Finally, many of these characters overlap categories. I’ve tried to vary my choices. And of course, when writing a character which is outside your group, always proceed with caution and ask yourself, ultimately, if you are writing a character or a political statement. 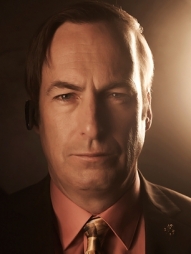 Society’s prescribed gender role for me to be strong, capable, knowledgeable, dominant, unemotional, logical, promiscuous, and macho ultimately puts undue pressure on them. Consider giving male characters challenges which are not money, dominance, sex, power courage or strength, but which offer deeper levels of emotional development, challenge, triumph or even failure.

Sympathetic POC characters are often written (by white writers, usually) to comment on race or racism in some respect. While racism needs to be addressed, this trend restricts characters to struggling against unconquerable systems rather than developing identity. Consider giving your POC character agency to affect their situation by choice, particularly in heroic or anti-heroic capacities. There is a caveat to this: remember that the race of your characters is always part of their identity. Sound like a challenge? It is.

ealth needs funding in this country, but it’s dangerous to portray characters with disorders as powerless. Research the symptoms of your character’s disorder. Consider how these characters can affect their situation outside their symptoms. Do not go the route of “the disorder won, they were too weak”, but also avoid “their disorder gives them super powers”. Find a realistic medium, even if it’s heartbreaking.

r characters are fundamentally good because…queerness. It does the LGBTQIAA+ community no service to have a character be good/evil because queerness. Consider intentions: what types of nefarious intentions are not based on gender stereotypes or opposite sex desire? Are they mentally unstable; how are they unstable outside of queerness?  Does sexual predation make sense for same sex situations? Write to find out. 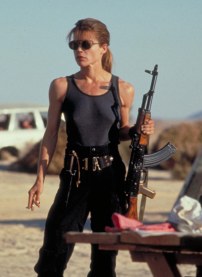 rically, women got power through sexual appeal or failed, hence the longstanding prevalence of the femme fatale. They certainly weren’t warriors. It’s a big challenge to redefine heroic as feminine and powerful, rather than having a female character emulate male counterparts. Play with this idea. How does a female identity change and reshape heroism? What parts of traditional heroism work? Which do not?

e survivors are often portrayed as though they lack of confidence, will or intelligence. This does not address the complex system of inequities that complicate the situation. What risks do survivors face when they rebel? What reasons it would be difficult to refuse or reach out for help? What is the relationship between the abuser and their target? Why is it an unfair fight? What are the consequences of fighting, and how many people could fight?

Substance addicts are often portrayed as people with no mind over matter, people who won’t get help, or  romanticized as wacky, fun loving, psychedelic goofs. This portrayal doesn

’t account for systems of power that makes it harder for them to quit. Nor does it recognize many people with psychological disorders and diseases abuse substances, and that a typical route to addiction is legitimate medication. Why is your character an addict and not a user? What’s the difference? What other routes of relief are not available to them? What systems which should support them are not?

Far too many villains seem to have mastered their way into total amorality with ease. What this tends to overlook is that lying, secrecy, cruelty, and sadism have a deeply damaging effect on a personality, and when one consistently does immoral deeds, the constant double facing would take a toll on the individual. When creating this type of villain, be introspective about evil, and what is no longer ‘following orders’. W

here do the lines cross for you? You don’t have to be religious to understand why this would permanently change someone for the worse.

Let me explain why this category is here.

Vampires are metaphor for desires. They’re predatory creatures who feed on every type of energ 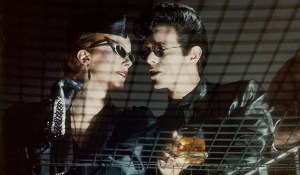 y they can steal from others, whether it’s psychological, biological, sexual or emotional. Simply put, they’re a metaphor for desire outlaws. The depressed vampire longing for death or humanity has been done to death: even the original Count Vlad Dracula had more life to live. Equally done to death are the Twilight-type vampires who refuse to kill and maintain this position with no conflict. You have options. Explore some if you write vampire fiction.

Examples: Kathleen and Peina (The Addiction), Cast (True Blood), Cast (Near Dark), Miriam and John (The Hunger), Armand (Interview with the Vampire), Cassidy (Preacher)…Lost Souls by Poppy Z. Brite which should be a movie

We hope, as writers, we can acknowledge deep, complex marginalized characters. Ultimately, social justice asks us to take a more nuanced view toward our stories, and an equality minded view towards how we portray people. We are privileged as creators, and should remember that as we tell the stories that may become social realities.

Genelle Chaconas is Boulder Poetry Tribe’s Resident Submissions Expert.  They earned their Creative Writing BA from CSUS (2009) and their Writing & Poetics MFA from Naropa University (2015). Their first chapbook is Fallout, Saints, and Dirty Pictures (2011, little m press). They enjoy industrial music, cheap takeout, shoot-em-up B movies, Facebook stalking, and long walks off short piers.  They submitted their work 350 times in the past 16 months.